Juan Carlos Gonzalez is a former Commissioner with the Federal Mediation & Concilation Service (FMCS) from 2000 to 2012. Juan Carlos has mediated over 600 cases in Labor Relations. The vast majority of those cases  involved the spectrum of collective bargaining agreement negotiations, initial contracts, strikes, lockouts, grievances and supervisor discipline cases.

From about 2005 to 2012, Juan Carlos was the primary mediator of all UNITE HERE Local 11 grievances in the Hotel and Stadium Industry covering the such venues as the Staples Center, Dodger Stadium, Home Depot Center, the Hollywood Park as well as all unionized hotels in Los Angeles.

Significant Collective Bargaining Mediation Cases include (all published in the media) but are not limited to the following:
Boeing C-17 Plant in Long Beach & United Aerospace Workers Local 148 Strike (May to June 2010) 1700 Boeing employees walked out on strike for about 20 days over health benefits. Coordinated and facilitated negotiations between the parties until agreement was reached with a five year Collective Bargaining Agreement.

Long Beach Press Telegram & CWA Local 9400 (January 2009) After approximately two years of mediation. In the transformative environment of the newspaper industry, the parties struggled to find the balance between traditional practices and new media demands.

AMPTP & Writer’s Guild of America Strike (November 2007): Assigned to mediate national negotiations between the Alliance of Motion Picture and Television Producers (AMPTP) and the Writers Guild of America West/East for their master contract known as the Minimum Basic Agreement. The AMPTP is the association which negotiates on behalf of about 300 independent producers including the major studios. The Writers Guild covers about 1200 television and film writers. On November 5th, 2007 the WGA went on strike at a cost of approximately $50 Million per day over new media residuals. Parties signed a contract in early 2008.

Kaiser National Negotiations (March – June 2005) Participated as a trainer and mediator to the Kaiser national Bargaining Task Group negotiations on Work Life Balance. These national negotiations are at the cutting edge of labor relations focusing around a Common Issues Committee with sub-groups known as Bargaining Task Groups. Through consensus and the interest based problem solving process, Kaiser and various unions were able to develop a jointly supported national collective bargaining agreement.

FMCS was created in 1947 under the Taft-Hartly Act as an independent agency under the Executive Branch of the Federal Government to promote sound and stable labor-management relations in the collective bargaining process.
Collective Bargaining Mediation: a voluntary process, which occurs when a mediator assists labor and management in reaching agreement in collective bargaining negotiations.  These include initial contract negotiations involving an employer and a newly certified union, renewal and mid-term contract negotiations, as well as some grievances that arise during the term of an agreement. As impartial third-party neutrals, Federal Mediators decrease the number and length of labor strikes so as to minimize their negative effects on the US economy.
Grievance Mediations: providing mid-step mediation prior to arbitration, Federal Mediators assist unions and organizations in resolving workplace grievances prior to escalating the issue to arbitration. 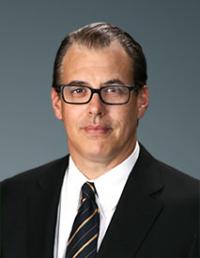